Certain types of submarines were having corrosion issues with steam range pipe work, resulting in premature failure of this very expensive pipe work.

A minor trial was carried out using VpCI 308.

All three pieces were then left for six months (temperature was continually monitored and recorded twice daily). After six months the feed water was emptied from the pipes and independently tested by Keighley Laboratories who stated on their report that the addition of the inhibitor had eliminated any corrosion debris (rust).

A full trial report including the independent report from Keighley Laboratories is available. 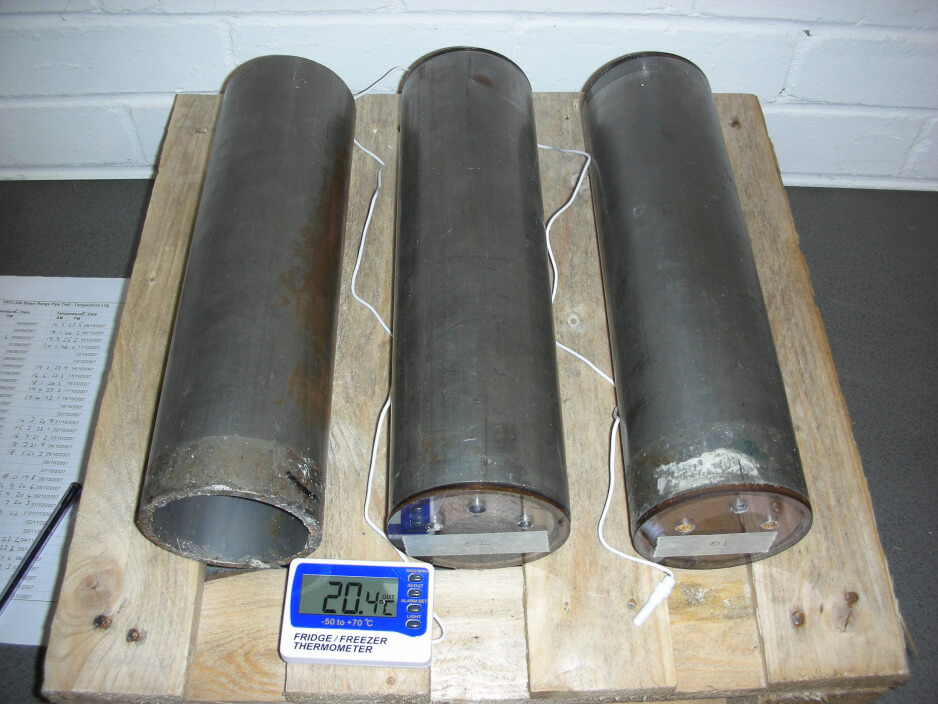 Image of the Testing Setup 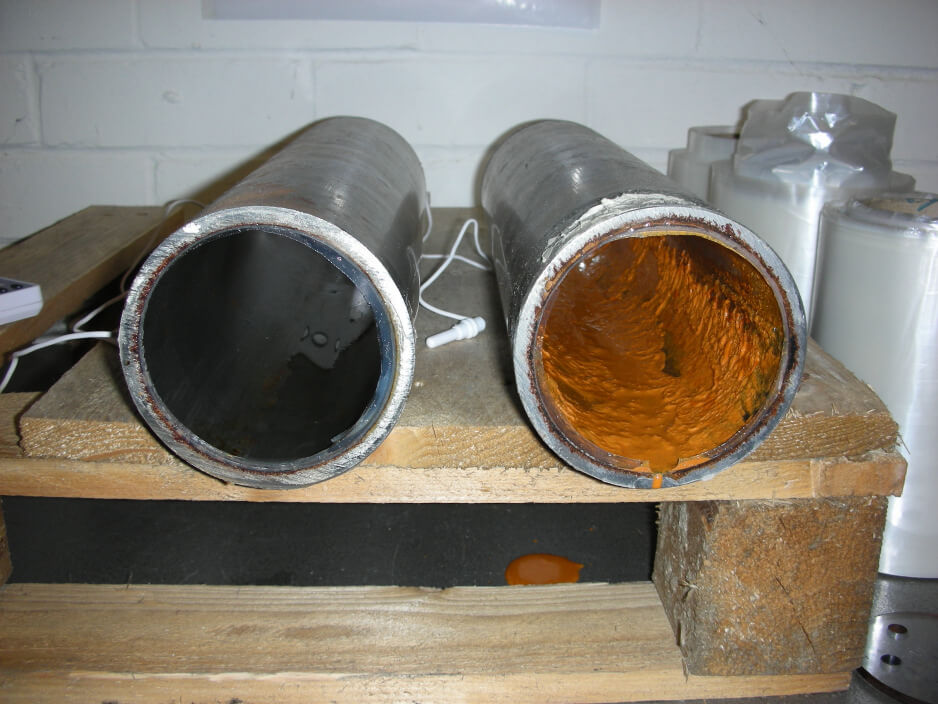 Feed Water Only – After 6 Months (Right)