An LCVP MK5B required protecting from corrosion for a period of up to 5 years, whilst being stored outside (not on the water).

Babcock approached HITEK-nology Solutions Ltd (HSL) to provide a solution that would result in equipment being protected from corrosion, whilst at the same time allowing access to all parts of the craft for any maintenance etc.

The LCVP was washed down with VpCI 415.

All electric junction boxes were treated with VpCI 101 and 105 emitters.

The LCVP was then wrapped in MilCorr which was then subsequently heat shrunk into place. A MilCorr zip door was then added so that access could be gained to all parts of the craft. 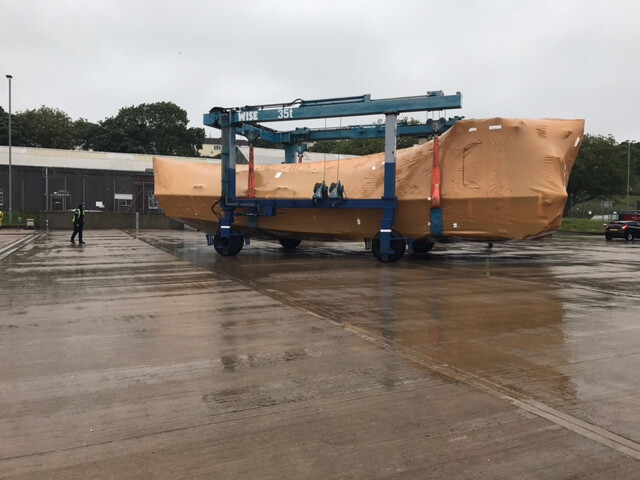